Spring water splashing and freezing over moss-covered rocks creates one of my favorite winter macros. I often photograph the same site, knowing that these are incredibly dynamic landscapes that never repeat. They’re also fleeting. I had hoped to do more with this particular formation but the next day found nothing but melting snow and rushing water – no ice. 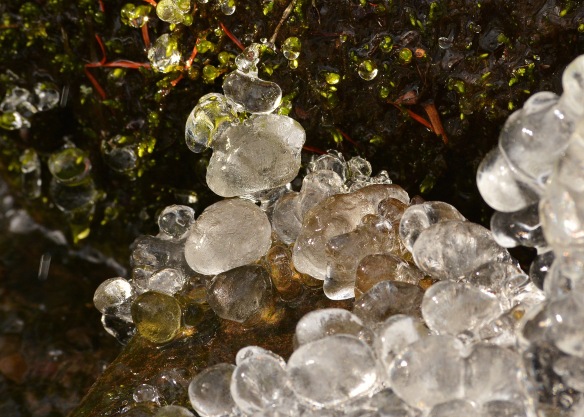 “It was one of those March days when the sun shines hot and the wind blows cold: when it is summer in the light, and winter in the shade.”   – Charles Dickens

“Splash ice” on mossy rocks along a bubbling brook. First day of spring! 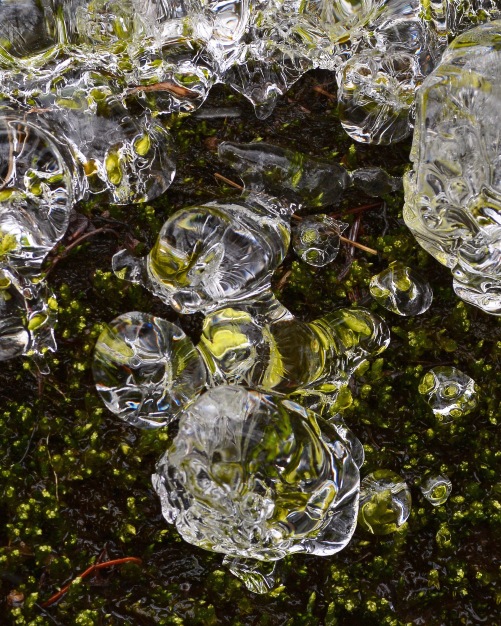 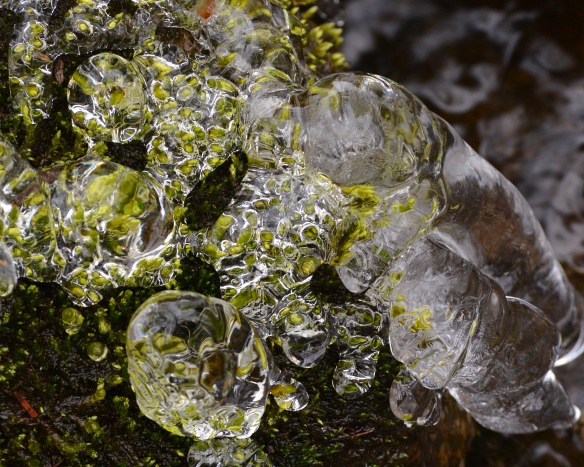 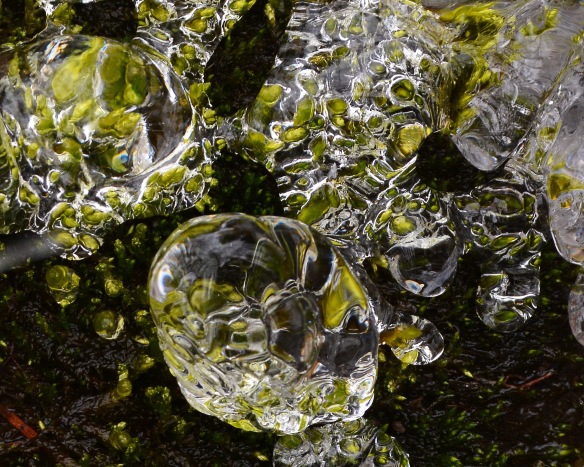 An icy, water-drenched scene at the base of a tiny waterfalls interrupted my morning stroll. It was a bright and cheery little landscape, created by the mist and spray of a small stream tumbling out of a drainage culvert and splashing against rocks. 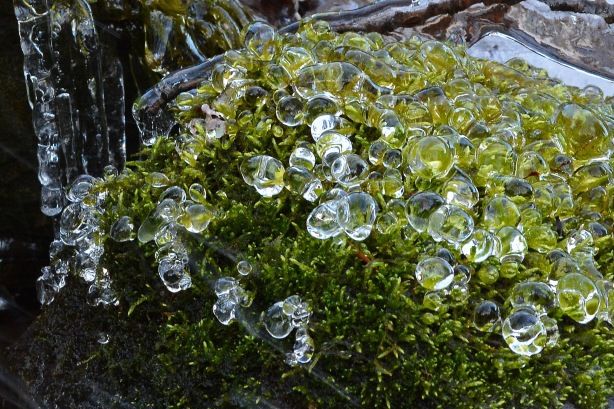 I deviated from my morning routine for several days, pausing to observe and photograph the development and aging of this miniature phenomenon. One rock in particular, covered in moss and bead-like ice crystals, became the subject of interest.

Viewed closely, the ice formations revealed dynamic patterns invisible to the naked eye. Crystal size, shape and color were in a constant state of flux; even with a burst of shots, no two images were identical. 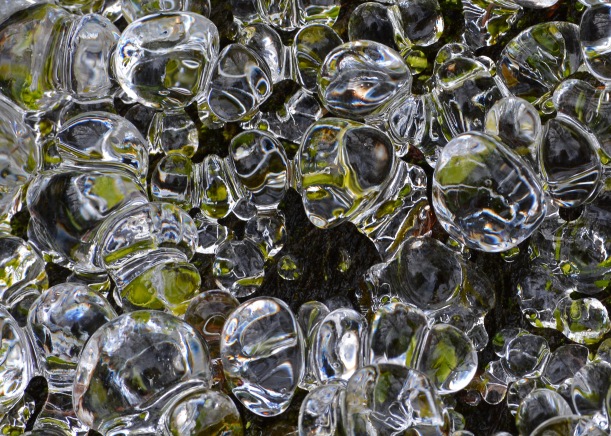 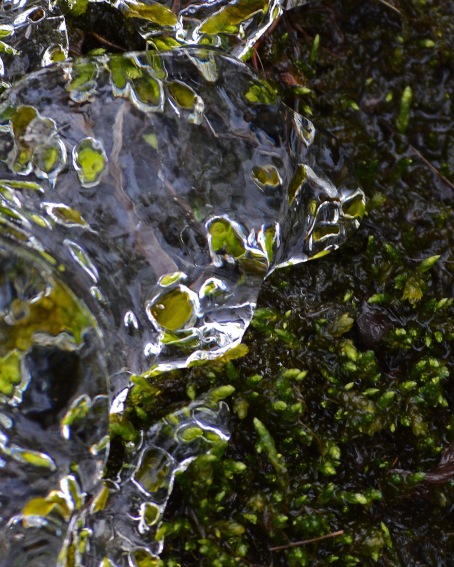 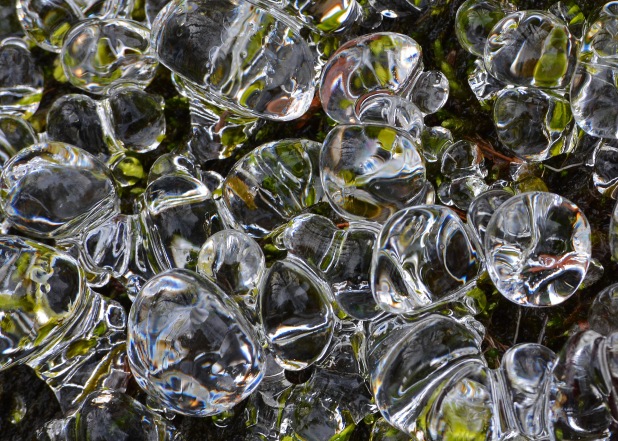 This post was fun, and the discovery of skulls, zombies, selfies, dragons and other mysterious things under the magnification of camera lens and transparent ice crystals was an added bonus. But, I was also mindful of the deeper, global meaning of the scene.  The key ingredients in the ice-art recipe — bare ground, exposed rocks, running water — were present because of the record-breaking warmth of this winter. I don’t ever recall scenes like this, in early February, during my 30 years in the snow belt.