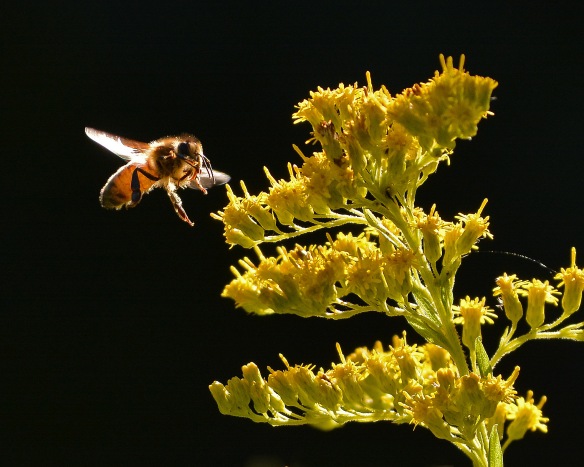 Goldenrod honey in the making 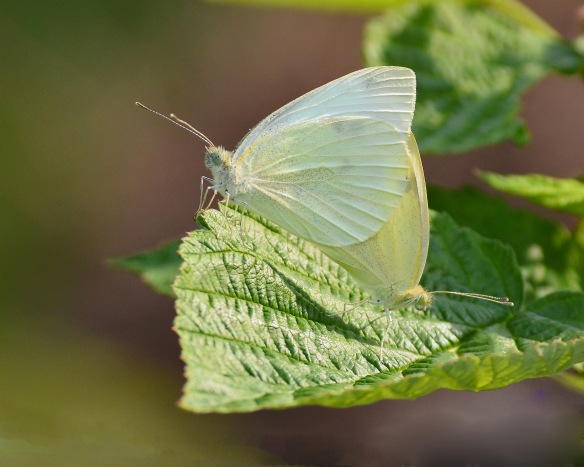 A Cabbage White butterfly caught in the web of life; one of two 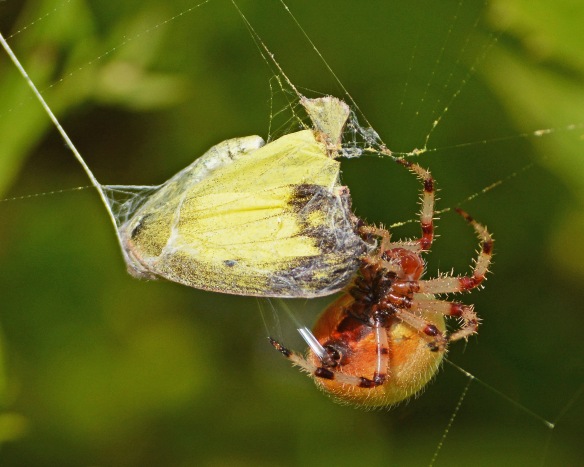 Monarchs: a species at risk; one of two 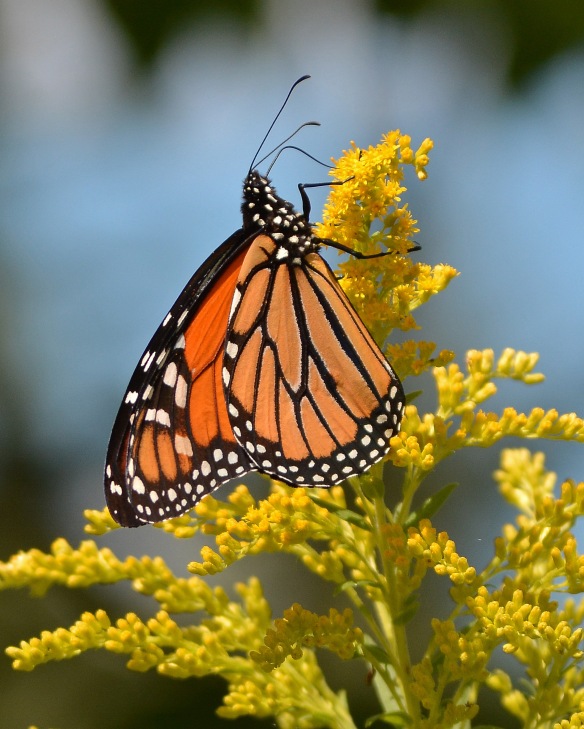 I often encounter White Admiral butterflies in late spring and summer because we frequent the same habitats: woodlands and associated openings, edges and wet places. The caterpillars feed on willows and aspens, common woody plants in the region.

They’re a difficult target: adults rarely settle, fluttering and gliding every which way, in an unpredictable manner. This one fluttered from flower to flower for a minute or so, then, with no warning, just disappeared over the tree tops! Appearing black and white in flight, their brilliant coloration can’t be fully appreciated unless they pause for nourishment and the underside of a wing becomes visible. 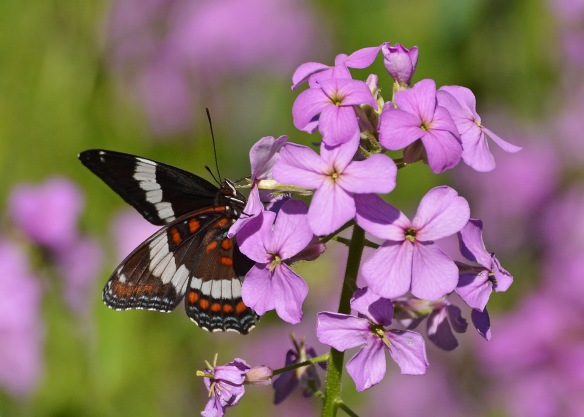 Many butterflies visit animal carcasses and dung to obtain nutrients. In this instance, a road-killed rattlesnake attracted at least four species, including the White Admiral in the photo.

Late this morning I decided to battle cabin fever (its been raining for days) and investigate a local wetland and historic, canal waterway. The canal and towpath date back to the middle of the 19th century. Thanks to an active, volunteer conservation group, they are now an important wildlife sanctuary and recreation resource.

Two “alien” or non-native plants are in full bloom now, both of which were growing at the edge of the canal.

Dame’s Rocket (Hesperis matronalis), a native of Europe and Asia, has escaped from gardens and become naturalized. It prefers moist soils, but isn’t too site-sensitive and groups of plants are blooming everywhere – roadsides, field edges, vacant lots, etc. This tall wildflower looks like Phlox, but unlike that common garden plant, has just four petals and an alternate leaf arrangement. I like its colorful floral display and the fact that the small, tubular flowers attract butterflies and other insects.

Dame’s Rocket in a damp, uncultivated area next to active farmland

Yellow Iris (Iris pseudacorus), of European origin, is another species that has successfully escaped from cultivation. It is a wet site plant and extensive stands are locally common in marshes, on floodplains and along stream banks. In some areas Yellow Iris has received the status of “invasive”. The plants occur in large clumps, 2 to 3 feet tall, and are vigorous and sturdy. I often see large, expanding colonies along stream banks that seem immune to severe flooding and fluctuating water levels. 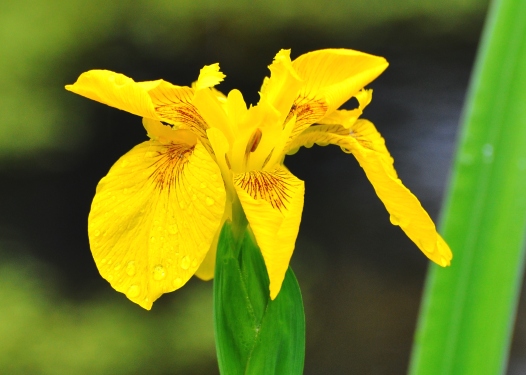 I visited the canal hoping to see waterfowl, perhaps a family of Wood Ducks. A feather was the best I could do, but I had some great turtle sightings that offset the disappointment!

Snapping Turtles (Chelydra serpentina) are active now. I saw a road-killed female on my way to the canal and thought of a recent warning in the local newspaper: “slow down for turtles when driving near wetlands”.

Snapping Turtle swimming in the fertile, slow-moving water of the canal

Of the nearly 20 species of turtles native to New York State, the Snapping Turtle and smaller Eastern Painted Turtle (Chrysemys picta picta) are the most common. Painted Turtles are often seen sunning on logs and rocks in the shallow, sluggish waters of swamps, marshes and ponds. 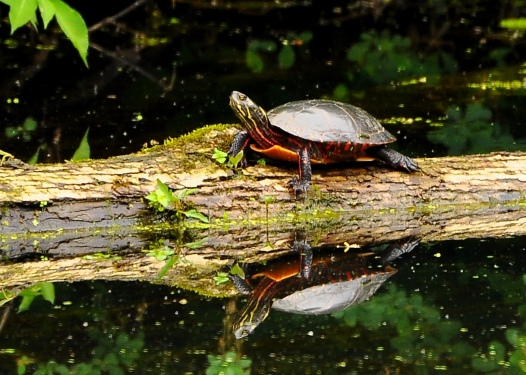